About the SACE Board - SACEi

About the SACE Board | Page header

About the SACE Board

About the SACE Board | Body

Each year around 17,000 students graduate from the SACE.

Senior secondary examinations have been available for South Australian students since the first class of 10 boys sat 'Matriculation' examinations at the University of Adelaide in 1874. Since that time, South Australia has delivered senior secondary assessment and qualifications to students locally, and in other Australian states and territories, and selected countries outside of Australia.

SACE International is the international department of the SACE Board, and since the 1980s has been responsible for developing, growing, and maintaining SACE Board educational products and services outside of Australia.

The 'South Australian Matriculation (SAM) program', as it was then known, has been delivered internationally to selected countries, including Malaysia since 1982, Singapore from 1987 to 1990, and People’s Republic of China since 2005. In 2014, the SACE International (SACEi) program replaced the SAM program, and in addition to Malaysia and People’s Republic of China is now delivered in Vietnam, Vanuatu, and New Caledonia. 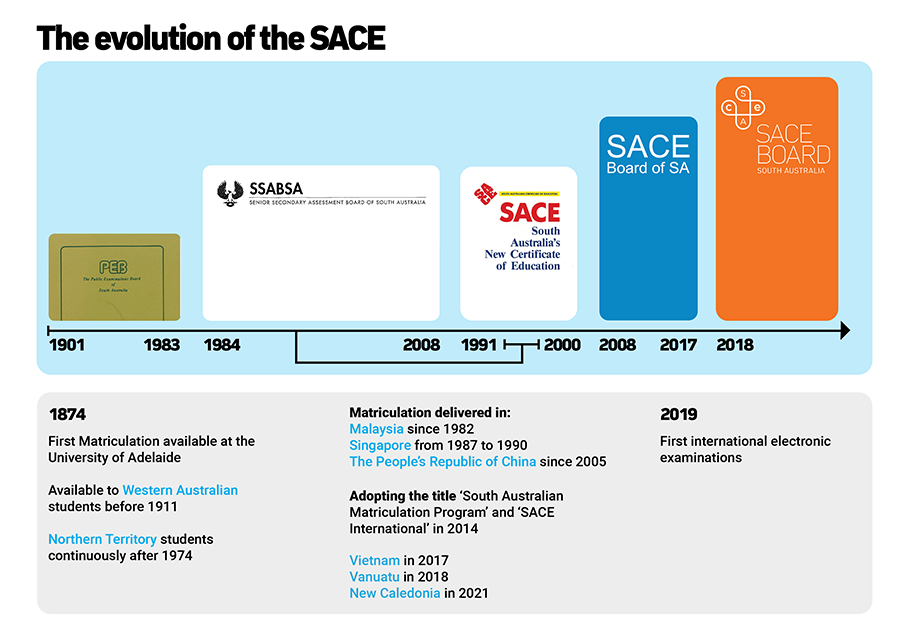